The Writers of October. Or the Truth About the Writers’ Colony

For many years I sought a brief respite every fall. A retreat from slogging away at the day job as a reporter in Washington, D.C., and writing books and plays at night and on weekends. So every October I attended a picturesque little writers’ colony in Vermont with my husband Bob, who is also a writer and editor.  We traveled there to take advantage not only of the creative promise but also the intoxicating mad splash of peak autumnal color and the peaceful Vermont landscape. (No, I’m not identifying the place any further than this. It doesn’t exist anymore, and I’ll just call it the Colony.) 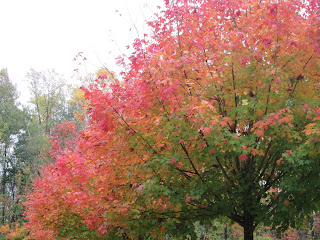 Despite the place being somewhat down at the heels—and more and more as time went by—the Colony House was a grand old mansion located in a magnificent setting just off the village green. We writers occupied private rooms (or shared them with a significant other), shared the bathrooms, fixed meals in the communal kitchen, hung out in front of the fireplace in the library, and held forth our writerly opinions in the dining room. Occasionally Bob would carve a pumpkin or two, and we’d all tell tales, swap ghost stories, grumble about or celebrate our writing careers, and visit the local cemeteries and collect epitaphs from the headstones, sometimes bizarre and sometimes hilarious. The Colony was a charming place where a core group of writers gathered every year, year after year, and every year a few new writers joined the mix. It was usually a blend of old friends and new faces.

Basically, a writers’ retreat is a tiny fantasy world. Writers all want to find that magical place where our characters instantly come alive, our dialogue clicks, our plot hits hyperspace, and well, magic happens. (In addition to all of our usual magical thinking.)
But one thing always struck me as strange: Some of these writers never wrote outside of the Colony. They saved up all their energy and creativity for the one or two or three weeks they would spend there. Their lives were too busy to eek out precious minutes for writing. This was their only time to write. Their jobs were too stressful, their lives too full. Outsiders could never understand.

One writer whose path I crossed for years was working on a musical based on Alice in Wonderland. You’re probably thinking: That’s never been done. Yeah, Alice has been done before and she will be again. Taking up a corner of the library on a round wooden table near a baby grand piano someone had donated, he’d set up his command center. He would take turns tinkling on the piano keys and click-clacking on his laptop keyboard. He was creating. He explained he could only work on the play during those precious few weeks each year. He’d been working on this play for years. It never seemed to be approaching the finish line. One year he stopped coming. I don’t know what happened to him or his play. (Alice still pops out of her rabbit hole from time to time.)

Another writer one October had traveled to the Colony across the country by bus, toting a big, bulky desktop computer in a cardboard box. Once there, she found she was blocked the entire time and blamed the other writers: We were noisy, inconsiderate, inspiration-sucking fiends. Or perhaps we were vampires. Still another—allegedly a poet—frightened me. The poet, who seemed to be desperately broke, would startle people by suddenly appearing silently out of nowhere.  At your elbow in the kitchen, asking if you were going to finish your meal. At your side in the library, throwing raw potatoes into the fireplace to bake.  She said she lived in a burned-out house in another state without heat or electricity. We were a little afraid she’d burn down the Colony House over our heads. But she was theoretically working on her poems at the Colony.

Writing Despite Everything Else

My opinion is that a writer is writing all the time, not just in the rarefied air of the writers’ retreat. You have to be able to write when you don’t feel like it. When it’s hard. When life interferes. Even when you’re not putting words on paper, your mind is still building stories. That is also writing.

Let’s face it, some writers are like machines, computers that never come unplugged and are always churning out pages. They produce two and three and four books a year. Whether those are good books, who knows? Others keep at it for years before producing any work. I don’t fall into either camp. I lack the energy of the former group and the superiority of the latter.

Still, I found that I couldn’t work like some of the other Colony House writers. In a lather in a corner of the library. Willing the muse to sit on my head and pour in inspiration. By the time we made it from Virginia to Vermont, dragged our luggage up the stairs, collected our sheets and made the bed, I was already fried. After reporting on government regulations during my days and creating fictional worlds at night the entire rest of the year, I could barely walk and talk. Forget chewing gum. I slept. A lot. Copiously. Deliciously. Fabulously. In fact, I observed that many of the writers at the Colony routinely spent the first two or three days of their stay zonked out in their rooms, only rousing for food.

The Magic of Recuperation

I needed that retreat as much, if not more, than those writers who hoarded their creative juices all year in anticipation of their annual two-week flood of inspiration. Many an October at the Colony I simply could not write more than a page or two. Depleted resources created a black hole inside of me. So instead of staying in my room pretending to write, I walked and talked with Bob and let the healing power of rest (and the fall colors) take over.  In my experience, creative rest periods are highly underrated. Many a plot twist and character nuance were worked out as we ambled under the flaming maples, past the green fields and the harvest-ready corn, and paused to consider those lazy but contented Vermont cows.

Many of my characters emerged out of that fallow time every fall. It was at the Colony House where I came up with the opening lines of my first Crime of Fashion mystery novel, Killer Hair. (Now there are ten books in the series. More to come.) It was there that I first sketched out the beginnings of my new thriller, The Dollhouse in the Crawlspace. I remember returning to the Colony one fall with my very first published novel under my belt (and in my hands), more exhausted than ever, to find the seasonal creative geniuses of October suffering over their never-finished prose and casting dark looks my way whenever I would leave the house to wander the woods and ponder future stories and projects. The October-only writers didn’t understand my writing process. I was writing! I was just not physically putting that many words down on paper that October. That would come later, after I returned to Washington and felt revived and ready to tackle new words, and worlds.

Though they hadn’t finished a book or a play, the Writers of October took the moral high ground. I suffer therefore I am—a writer. By heaven, you were supposed to stay in your room, ignore the autumnal glory, and bleed sweat onto the paper. Or the computer keyboard. Weeping in the throes of creativity was not looked down upon, but enjoying yourself out in the world certainly was.

I couldn't let this attitude stop me from enjoying my time at the Colony. It was the deep rest, the sigh, the exhale I needed in order to continue writing. I required that fallow time, and I still do.

I will always be grateful for that shabby white mansion near the village green. The hot cider I drank, the sweaters I wore, the blazing autumn leaves I crunched through, the crisp intoxicating air I breathed. Without it all, I could never have been as productive in the rest of my writing year. And that is the truth (my truth, anyway) about the writers’ colony, and the writers of October.

Posted by Ellen Byerrum at 8:16 AM